QUICK TIPS:
Motorcycling is primarily a solo activity, but for many, riding as a group – whether with friends on a Sunday morning ride or with an organized motorcycle rally – is the epitome of the motorcycling experience. Here are some tips to help ensure a fun and safe group ride:
Arrive prepared: Arrive on time with a full gas tank.
Hold a riders’ meeting: Discuss things like the route, rest and fuel stops, and hand signals (see diagrams on page 3). Assign a lead and sweep (tail) rider. Both should be experienced riders who are well-versed in group riding procedures. The leader should be aware of each rider’s skill level before the ride and monitor the riders during the ride.
Keep the group to a manageable size: ideally five to seven riders. If necessary, break the group into smaller sub-groups, separated by a few seconds, each with a lead and sweep rider.
Ride prepared: At least one rider in each group should have a first-aid kit and full tool kit, and all riders should carry a cell phone, so the group is prepared for any problem that they might encounter.
Ride in formation: The staggered riding formation allows a proper space cushion between motorcycles so each rider has enough time and space to maneuver and to react to hazards. The leader rides in the left third of the lane, while the next rider stays at least one second behind in the right third of the lane; the rest of the group follows the same pattern. A single-file formation with a minimum 2-second following distance is preferred on a curvy road, under conditions of poor visibility or poor road surfaces, entering/leaving highways, or other situations where an increased space cushion or maneuvering room is needed.
Avoid side-by-side formations,: they reduce the space cushion. If you suddenly needed to swerve to avoid a hazard, you would not have room to do so. You don’t want handlebars to get entangled.
Periodically check the riders following: use your rear view mirrors. If you see a rider falling behind, slow down so they may catch up. If all the riders in the group use this procedure, the group should be able to maintain a fairly steady speed without pressure to ride too fast to catch up.
If you’re separated from the group, don’t panic. Your group should have a pre-planned procedure in place to regroup. Don’t break the law or ride beyond your skills to catch up.
For mechanical or medical problems: use a cell phone to call for assistance as the situation warrants.
If a rider leaves during the ride: the rest of the group should re-form the staggered formation by criss-crossing into the next vacant position. Although it would seem more efficient for the column directly behind the missing rider to move up, we do not recommend it because passing another rider within a lane can be risky.
www.msf-usa.org 1/15 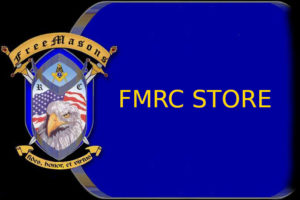